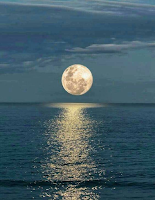 Humble apologies for the lack of posts recently. I felt a need to take a break with all the madness going on as well as work on a few writing projects.
People often ask me: W.W.C.D.(what would Cerutty do) in the midst of this "pandemic" and all that has accompanied it? My belief is, is that he would probably take a "only the fit are fearless" approach to it (for those who don't know this is one of his most famous quotes). Percy was a rebel and did not take kindly to anything or anyone putting constraints on him. In this day and age who knows how that would have played out.
I do know that in this present world where you have to be very careful about what you say, even in Australia, he would have been sent packing to his International Training Center at Portsea some time ago. Cerutty said many inflammatory things that were often viewed as controversial but taken in context of the time and era they seem understandable. Of course, in this age of political correctness I feel I have to say that I didn't agree with everything he said.
Now, I could do the old man thing and say how much better it was way back when but Cerutty taught the 'art of manliness' long before websites of that name and other people and orgs made it their focus.Cerutty wrote that you "say what you mean and mean what you say" and damn the people who don't like it. Let me quickly add that his principles and beliefs are universal. They are as relevant to women as to men.
Percy was all about rugged individualism, standing up for your beliefs, living life now and to the fullest, not waiting for the "hereafters." A saying that I was inspired by him to write is: Live Life Vigorously.
There is much wisdom, insights and inspiration in Cerutty's books, his Biography Why Die?  by Graem Sims and the many articles you'll find on the Web.
He was a philosopher, trainer, athlete.
I know I am talking to many of you out there when I say this but I am saying it because I give a sh*t: Put down that cellphone. Stop basically hanging on it all day. Read books. Read the posts on my site and my previous one that is referenced on the top right of this page.
Be a doer,not an observer.
Next post either this Tuesday or Wednesday.