Sources of the following quotes are unknown. Comments given after each quote are by me.

"One should not torture himself over a single mistake. What is essential is one's presence of mind hereafter. When one makes a mistake, he should not be hesitant to correct it. Making a mistake and not correcting it, this is the real mistake."
Evaluate and re-evaluate, be introspective. I hear athletes repeatedly asking why they are not seeing improvement in their performances. There's a reason for this.
"Do all things with patience."
The impatient athlete tends to be a self-defeating one.
"Be master of mind rather than mastered by mind."
For most of us that takes awareness of how we are and the desire to acquire mastery over ourselves. Again, being introspective is the key.
"We do not rise to the level of our expectations. We fall to the level of our training."
Posted by Dave at 8:59 AM 1 comment: 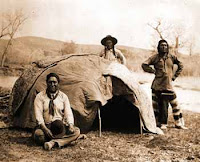 I should preface today's post by offering a few comments. It was written in the mid to late 90's and was sent to members of the Stotans instead of the The Stotan News readership at large.The "Manifesto" was inspired by several experiences that had occurred during one summer. Each year the Stotans travelled to the Tuscarora Indian reservation and ran a 10k road race they put on. It was a great race with a fast and scenic course. After the race one year, Lanny, an Indian race organizer,approached myself and a few of the other Stotans I was with and started up a conversation. He spoke of what he was hoping to accomplish on the Reservation,the plight of the Indian in society, and what the U.S. government had done and was not doing for the Indian.Lanny also spoke about some of his traditions and beliefs. I was struck by his honesty and dignity. I was not surprised when he told me he did liason work for his tribe and the communities around the State in an effort to increase understanding of Indian life. After that day I had several telephone conversations with him and eventually took part in a ceremony which is called a Sweat Lodge. What an experience that was. The Stotan Manifesto was written shortly after the Sweat Lodge,actually, it was written in my car which I had pulled off  to the side of the road before leaving the Reservation. For those who don't see the Cerutty,Stotan connection I'd remind them that Cerutty once said that Stotans were "nature lovers". He stressed a life that was simple,devoid of materialism and had a respect for the land. Oh,I should add this.I noticed in our converstions that Lanny kept referring to himself and others as Indians. When I asked him about the phrase Native American, he laughed and said that,that was a term used by guilt ridden white liberals. He added that Indians he knew never used that term. To me,as a Stotan,the following is still relevant but I recognize and admit that others may not feel the same way.
The Stotan Manifesto
Stotan,the word was originated by the athlete,coach,philosopher, Percy Cerutty. Stotan is formed by combining the words stoic and spartan.
More than just a group of runners, we are a brotherhood.
We recognize and love the beauty of this land,our goal is to live in peace and harmony with it.
We are not like the majority of this land who care primarily for themselves and whose God is pleasure.
We confess and admit the sins of our fathers and forefathers that have been committed against this land and its many people.
We realize that one thousand years of restitution will never make up for their sins.
We as Stotans look to make amends for the abuses of our ancestors.
We totally reject the ways of the government which has grown fat and corrupt.
We recognize that corporate greed encouraged by the government is destroying this land.
We support all efforts that stop the polluting and "development" of this land,no matter how extreme they may be perceived as being.
We,when appropriate,will take part in such efforts.
Finally:
We are not,nor ever will be,conformed to this world.
Posted by Dave at 6:56 PM No comments:

Come on now,admit it,when most of you saw the title today you said Dave who? Often forgotten when discussing Percy Cerutty is that he trained many champions besides Herb Elliott. One of those athletes was Australian Dave Power,a bronze medal winner in the 10,000 meter run at the 1960 Rome Olympics.He offers some thought provoking comments on Percy as well as coaches in general.What he has to say about Cerutty is something that all coaches should provide their athletes. Power had this to say about him: "He was motivational and gave me alot more confidence in myself. Up until then I'd been playing second fiddle to the likes of Al Lawrence and Albie Thomas. Once Percy convinced me I was every bit as good as them,if not better,I started to win races." Offering his opinion on the coaches of today as compared to those of the past Dave remarked:"We had better coaches then you have today, coaches who taught from the heart and experience like Cerutty and Lydiard." The subject of coaches is always an interesting one. For instance, I tend to agree with Tom Osler when he said, "there are just a few good coaches in the world. Coaches are mostly drill masters. There are only a couple of original thinkers out there." Osler then went on to refer to Arthur Lydiard and Bill Bowerman as being great coaches,who among other things, "knew not to hurt their runners." I like what else he said when he provided this interesting insight: "Talented runners will succeed,then the coaches are asked what they did." This thought came to mind as I read that,have you ever noticed that many top American runners are either injured or recovering from an injury and this seems to be an ongoing situation with them? Do you also ever wonder why the focus in regards to that injury is on the runner who got injured, while the coach, who lays out the training schedule, is never mentioned as possibly being responsible for that athlete's injury? But as Osler said,when this runner has success, the coach is always a part of that success and is held in high esteem because of it. Bill Bowerman was very careful about his runners overtraining,that was one of the qualities that made him such a great coach. What many coaches don't realize today is that there is more to being successful at coaching than team victories and winning events and races. There is no question that these things are very important but they don't encompass all the qualites of what makes for a good coach.Minimizing injuries,instilling confidence and taking the time to help a runner reach his full potential,among other things, should be included in the criteria for determining who is an exceptional coach.
Posted by Dave at 5:46 AM 1 comment:

The following could have been written by Cerutty but was authored by the legendary former NFL football coach, George Allen.
"A workout is 25 percent perspiration and 75  percent determination. Stated another way, it is one part physical exertion and three parts self-discipline. A workout makes you better today than you were yesterday. It strengthens the body, relaxes the mind and toughens the spirit. When you work out regularly, your problems diminish and your confidence grows. A workout is a personal triumph over laziness and procrastination. It's the badge of a winner -- the mark of an organized, goal oriented person who has taken charge of his or her destiny. A workout is a wise use of time and an investment in excellence. It is a way of preparing for life's challenges and proving to yourself that you have what it takes to do what is necessary. A workout is a key  that helps unlock the door to opportunity and success. Hidden within each of us is an extraordinary force. Physical and mental fitness are the triggers that can release it. A workout is a form of rebirth. When you finish a good workout, you don't simply feel better. You feel better about yourself." 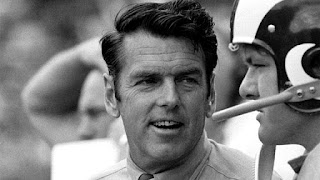 Whether you are a competitive racer or not, the quote at the end of this brief article is relevant to every athlete, irregardless of their sport.
Ah, to be in the kind of condition where you are able to throw in periodic surges during the course of a race. If you haven't read the article from July 28th entitled, Ticking Golden Moments by Roger Bannister( that's in July 2011 from my To Run is To Live blog),I would encourage you to take a moment and read it. Bannister gives an excellent account of Elliott's tremendous 20 yard victory in the1500 meter race at the 1960 Olympics. A race, where despite Elliott's margin of victory,the first six runners in that race broke the existing Olympic record. From 1896 till 2000, only two runners had faster Olympic 1500 times than his. One of those times by the way was just a little over a half second faster. One of the keys to Elliott's victory was his surging tactics. His first lap time for that race was :58.5,then :59:5, then 56:0, plus :41.6 for the last 300 meters. The following is excerpted from the 1963 edition of Modern Track and Field by J. Kenneth Doherty: "The crux of the race lies there. Elliott was third at the half, running easily. But then, quite unexpectedly,he put all his energy into one tactic. The pace had been averaging :14.7 for each 100 meters. Now he spurted to run the next 100 meters in :13.2,the third lap in :56.0,and one more 100 meters in :13.6. The competition then collapsed behind him.Elliott slowed to :14.4 in the last 100 meters." Needless to say, much preparation went into Herb's training that made it possible for him to employ the surging tactics that he used at the Rome Olympics. We, who desire to race well, should try to develop this technique during the course of our training. What follows are a few quotes from Herb that I'm sure will be a help in our effort: "Percy urged the advisability of impressing an instinct for surging upon my subconscious in the belief that when I became tired during a race I'd react automatically by exerting more effort and making a burst. The change of pace would upset the competition while at the same time allowing me to feel that I held the initiative." The mindset he had in working on this technique was described by Elliott in the following: "Most athletes imagine themselves at the end of their tether before they're even seventy-five percent exhausted. I was so determined to avoid this pitfall that if at any time I thought I was surrendering too soon to superficial pain I'd deliberately try to hurt myself more." Some running and racing wisdom from one of the greatest of all-time.
Posted by Dave at 5:41 AM No comments: