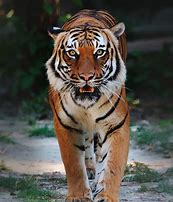 Everyone loves a good comeback story. We especially see this in the world of sports. This past weekend we saw a big one. Tiger Woods won his first major golf tournament in 5 years. Now I am by no means a fan of golf but this comeback was especially amazing. I say this because Tiger had endured four back surgeries, two knee operations and more than a few public humiliations as a result of what at best could be called very bad behavior.
Consider this: four back surgeries. Ever know anyone who has had back surgery? I have, several in fact. The common theme in most? The initial problem is never entirely resolved. Back surgery is a difficult and tricky procedure. For many, having to take powerful pain meds for long periods of time after is a real possibility. You may have read where Tiger was found by police "stoned" in his car a few years back as a result of those pain killers. Embarrassing for him to say the least. As I said, one of several such public incidents he experienced. I am sure this was especially difficult for someone who was once described as proud and somewhat arrogant.
It would be safe to say that many former greats would have packed it in to enjoy their millions and/or take up other endeavors. But, Woods didn't. He persevered, he found a way to succeed because he wanted it, he needed it, he craved what he once had and experienced. So, in the end, he found a way to overcome the obstacles. All the scoffers who grew in number as each year passed, including his peers and younger players, could only shake their heads and be amazed
For us who desire to succeed, there are lessons to be learned from Tiger.
What can we learn?
Before I begin, ask yourself this question: have you had thoughts of making a comeback? A gnawing feeling that you are incomplete, that there is something you need to do to feel fulfilled? If so, consider the following:
1.Do you really want what you say you want? Or, is this only something you think about after a few beers or when you're looking at an old running/ training mag? Hey, it's OK if you choose to move on with your life but make sure you are at peace with the decision you make.
Here's the reality, you can bet that with Woods his comeback was something that consumed him, a burning, self-motivating desire to regain what was once his.
And please, don't give me the line, "he did it because it's all about the money". Look it up, Google it, the guy is worth $760 million dollars.
Again, do you really want it?
2. Make your goal a priority in your life. Sure, you may have a significant other and a job but there are 24 hours in a day. What you do each day will be centered around what you are doing to reach that goal. As an aside, I have written on this blog and  my other one, torunistolive, that one's athletic aspirations are as worthy as anything else you do in life such as working.
3.Be willing to make adjustments that take into account where you are now physically and mentally. You know Tiger has. Perhaps it's been a few years since you seriously trained, maybe longer. Be willing and open to tweaking your training regimen in order to stay healthy.
4. Hang around or be in contact with those of like mind and interests. The reasons for this are obvious. The motivation fires stay stoked when you are with those who 'get it'.
5. This is a no-brainer as they say, I mean I don't really think I have to say this but I will anyway, have a specific goal you are shooting for. Be it an under three hour marathon, going below eleven hours for an Ironman, swimming the channel, etc, etc., have a goal!
6.Lastly, and I don't want to sound like some new-age philosopher here but enjoy the journey, enjoy the process. The training and everything that comes with it mentally and physically is, and should be, a labor of love, not drudgery or a job. If it is, then you are better off not proceeding.
Think about it!

Words To Live By

"Better to live vigorously, better to fight, than to simply wait for the end.....in peace."


New article coming tomorrow.
Posted by Dave at 11:55 AM 1 comment: